Francis Medical is a dynamic medical device company committed to developing urological cancer treatments that are tough on cancer yet gentle on patients. Our work is fueled by a compassionate belief that minimally-invasive treatments can stop cancer. The company’s core values are Quality, Integrity, Innovation, Excellence, and Collaboration.

Using a new platform to treat endourological cancers, water vapor technology, we’re developing a device for treating prostate cancer, the second most common cancer in American men. Currently-available prostate cancer treatments often result in life-altering side effects such as urinary incontinence and erectile dysfunction. Water vapor technology is intended to result in minimal side effects, offering a distinct advantage over other treatments.

Today, Francis Medical’s work stands as a tribute to and a lasting legacy of Francis Hoey.

Our goal is to move quickly to expand the potential of cancer ablation by water vapor as a vital, minimally-invasive treatment for prostate cancer, as well as for kidney and bladder cancers. – CEO, Mike Kujak 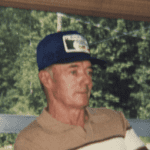 The formation of Francis Medical Inc. in 2018 was personal for Michael Hoey, the company’s Founder and Chief Technology Officer.

From growing up on a farm in southern Minnesota to teaching and researching urology disorders at the University of Minnesota, Michael has lived his life solving problems. When his father, Francis Hoey, was diagnosed with prostate cancer, Michael was faced with a problem yet to be solved.

Unfortunately, after undergoing prostate cancer treatments with debilitating effects on his daily living, Francis died in 1991. Shortly after that, Michael left the University of Minnesota to develop new thermal treatment technologies that could be applied throughout the body, including the prostate.

In addition to his commitment to medical research, Michael has a life-long passion for designing and building race cars. These personal and professional passions converged while Michael was testing one of his high-performance race car engines. He recognized that vaporized fuel represents a tremendous level of stored thermal energy and that this type of energy could potentially be applied to various clinical applications when using sterile water vapor, including therapies to treat prostate diseases and other urological conditions.

In 2018, NxThera was acquired by Boston Scientific for the treatment of BPH and other non-cancerous urological conditions. As a result of this transaction, a new company, Francis Medical, was formed to continue pursuing water vapor therapy in the treatment of urological cancers.

In 2018, Michael Hoey teamed up with Mike Kujak, the former chief marketing officer and vice president of international sales at NxThera and current chief executive officer of Francis Medical, to set Francis Medical in motion.

To establish the clinical foundation needed for an initial round of financing, the Francis Medical team conducted early feasibility studies in Paraguay, Panama, and the Dominican Republic.

Subsequently, Francis Medical secured a $21 million round of Series A financing led by Arboretum Ventures, with co-investments from H2Oey Ventures (an affiliate of Solas Bioventures Fund), Tonkawa, and Boston Scientific (Press Release). In 2020, Coloplast made an equity investment in the company, increasing this initial round of financing by $4 million for a total of $25 million (Press Release).

In September 2021, Francis Medical announced the completion of a $55 million round of Series B equity financing to fund the development of its proprietary prostate cancer treatment through FDA 510(k) approval, which includes a pivotal clinical study (VAPOR 2) for the management of prostate cancer, scheduled to begin enrollment in August 2022. (Press Release)

Helping fulfill the mission with passion and integrity.

Board of Directors
Leadership Team

“Water vapor is wet and does not dry out the tissue; this cues the immune system to almost completely resorb the treated tissue. No other technology does that.”