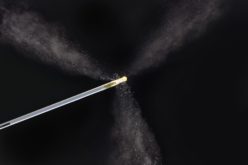 Dr. Richard Levin, a practicing urologist at Chesapeake Urology in Baltimore, enrolled the first patient. “I am honored to have been chosen to participate in the VAPOR 1 trial for evaluating the use of water vapor to ablate cancerous prostate tissue. The use of water vapor ablation therapy has already been proven to be very efficacious with minimal side effects in treating benign prostatic hyperplasia (BPH),” said Dr. Levin. “I look forward to using this technology for treating cancerous prostate tissue and potentially lessening the likelihood of the unwanted adverse events of urinary incontinence and erectile dysfunction often associated with currently available therapies, such as radical prostate surgery and radiation.”

Prostate cancer is the second most common cancer in American men. The American Cancer Society estimates that one in nine American men will be diagnosed with prostate cancer in their lifetime. It is a serious disease where current treatment options often cause further complications of urinary incontinence and erectile dysfunction. Francis Medical’s water vapor energy technology applies the thermal energy stored in sterile water vapor to deliver targeted treatments to the cancerous tissue in a simple transurethral procedure. This new therapy is designed to not only ablate cancer cells but also protect surrounding structures, lessening the likelihood of the life-altering side effects common with other cancer treatments.

“We are excited to be conducting the first U.S. trial of our revolutionary technology in patients with prostate cancer. Early first-in-man data from 29 patients treated in Central and South America showed encouraging results,” said Michael Kujak, Francis Medical President and Chief Executive Officer. “The outcomes of the VAPOR 1 study will be used to support our U.S. IDE submission to the FDA for our pivotal trial. We believe this groundbreaking therapy will change the way prostate cancer is treated worldwide.”

“I am very proud of the entire Francis Medical team in getting to this milestone. It is an important step in realizing the dream of helping men beat prostate cancer, a devastating disease which took my father’s life,” said Michael Hoey, Francis Medical Founder and Chief Technology Officer.

Founded in 2018, Francis Medical is a privately held company committed to developing urological cancer treatments that are tough on cancer and gentle on patients, with a compassionate belief that cancer tissue can be treated with minimally invasive treatments. The foundation of the company is a tribute to and legacy of the inventor’s father, Francis Hoey, whose life was ended by prostate cancer with treatments that had harsh implications on his normal daily living. The platform technology utilizes water vapor energy to ablate targeted cancerous tissue while preserving surrounding structures, potentially minimizing the side effects often experienced with other cancer treatments. The company also has efforts underway in the areas of bladder and kidney cancer. For more information on Francis Medical, visit www.francismedical.com or call (763) 951-0370.